Oligo-anovulation are diagnosed in approximately 20% of women who visit an infertility clinic. Particularly, 90% of these women who present oligo-anovulation are composed of group A and group B women with polycystic ovary syndrome. Group C women are usually ovulatory. However, a small number of women in group C may be anovulatory ,even they have regular periods.

The risk of type 2 diabetes mellitus is already higher in women with polycystic ovary syndrome compared to normal population independently of obesity. But, particularly, obese women with polycystic ovary syndrome who have insulin resistance or glucose intolerance have the highest risk of gestational diabetes mellitus, when they have been pregnant. Thus, these women should begin to lose weight and be treated to decrease excessive weight and insulin resistance a few months before being pregnant. In addition, glucose intolerance and gestational diabetes should be carefully investigated during pregnancy of these women. 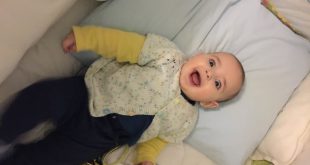 Thyroid gland function should be investigated to diagnose polycystic ovary syndrome. Particularly, it is important …