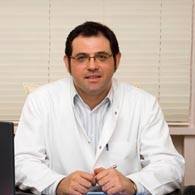 Dr. Burak Hacıhanefioğlu was born in İstanbul, Turkey on April 25, 1969. He graduated from Hacettepe University, Faculty of Medicine in 1993. He completed his residency in Obstetrics and Gynecology at Cerrahpaşa Faculty of Medicine, İstanbul University in December, 1998. During his Obstetrics and Gynecology residency program, he finished a research project titled ”Influence of insulin resistance on total renin level in normotensive women with polycystic ovary syndrome”. In this study, for the first time, It was demonstrated that ovarian renin-angiotensin system is activated independently of insulin resistance in women with polycystic ovary syndrome.

He worked as a research fellow at Reproductive Medicine Unit with Professor Ovrang Djahanbakhch  in Newham University Hospital, Plaistow, London, UK between the years 2000-2002. His research project, titled ‘’Investigation of apoptotic and cell cycle pathways in granulosa cells of women with polycystic ovary syndrome’’, was awarded funding by Queen Mary University of London, Barts and The London School of Medicine and Dentistry. During his fellowship, He had worked in the polycystic ovary sydrome clinic, Department of Obstetrics and Gynaecology, in Newham University Hospital. He had given seminars to General Practitioners (GPs) practicing in east London to increase their knowledge about polycystic ovary syndrome between the years 2000-2003. He gave a lecture presenting his editorial, titled ”Polycystic ovary syndrome nomenclature: chaos?” published in the journal of Fertility and Sterility, in the meeting orginised by Pathology Section, The Royal Society of Medicine held on 6 April 2004 in London, UK.

He had worked in the Metropolitan Florence Nightingale Hospital in collaboration with the Departments of Dermatology, Endocrinology, Cardiology, Psychology and Psychiatry in terms of multidisciplinary approach for the treatment of women with polycystic ovary syndrome between the years 2002-2007. He has been currently working at Women’s Health and Research and Polycystic Ovary Clinic in İstanbul, Turkey since 2008.

He had investigated the polymorphisms in exon 8 of sex hormone binding globulin (SHBG) gene by genotype analysis between the years 2008-2013. For the first time, single nucleotide polymorphism (SNP) E326K located at codon 326 in exon 8 of SHBG gene was identified in this study. After this project, he would like to study the polymorphisms defined below for more understanding the metabolism of SHBG;

He has been regularly updating his websites (polikistikover.net, polycysticovary.net) written in English and Turkish, containing the pages about polycystic ovary syndrome which were based on the references, because he has been in contact with the library of Royal College of Obstetricians and Gynaecologists (RCOG).

Dr.Burak Hacıhanefioğlu is one of the 50 founder members of Androgen Excess and PCOS Society which was found  on June 20, 2002 in San Francisco, California. He is also a member of The Endocrine Society, Turkish Society of Obstetrics and Gynecology, Turkish Society of Andrology.

Some of his research articles published in peer-reviewed journals listed below;

Fertil Steril. 2002 Mar;77(3):526-8. Effect of hypertension therapy with the angiotensin-converting enzyme inhibitor lisinopril on hyperandrogenism in women with polycystic ovary syndrome. Hacihanefioglu B, Somunkiran A, Mahmutoglu I, Sercelik A, Toptani S, Kervancioglu E.